There are mixed signals with regard to the UK housing market. It seems when interest rates rose 0.25% mid 2005, many people put off buying a property  half expecting prices to dip. By end 2005 it became evident that prices in and the SE of England were gaining momentum in part fuelled by city bonuses and a buoyant stock market and services sector. The expected customer slump did not materialize and GDP growth has risen from around 1.8% end 2005 to about 2.8% mid 2006. People holding off from purchasing likely jumped back into the market and prices have risen strongly since February. The expected summer slowdown never materialize in most parts of southern , Midlands, and Northern Ireland. Despite rising fuel bill, council tax and general taxation, there is confidence in the market. Inflation as risen to 2.5% and there is an approximate 50% chance interest rates will rise August 8th when the Bank of England next meets  its almost as if people have already built this into their expectations. So why are prices rising strongly:

1)     Housing shortage  only 190,000 homes are being built in the each year  meanwhile, without immigration, because of the reduction of people living in a single households and the expanding population, the needs approximately 330,000 homes built to keep pace with the underlying demand. Meanwhile, reports of 600,000 people from Eastern Europe settling in the UK in the last two years in part explains why rental demand has risen, the buy-to-let market remains robust and prices of private homes have continued to rise. Basically, there are not enough homes to go around. There does not seem to be any end in sight due to the cumbersome planning process, builders being cautious about investment and very little government sponsored home building.

2)     Second Homes Growth  many wealthy middle income individuals have released equity to buy second homes  this has reduced the number of homes available for local populations  particularly in London, Wales, Cumbria and southern England (Cornwall and the Isles of Scilly are extreme examples). Some of these second homes, particularly in , are pied-de-terre residences  a proportion purchased because city workers are fed up with traveling on overcrowded rail and roads, instead choosing to have flat in whilst moving further out to provincial areas and using their flats as crash pads.

3)     Unemployment  this has staying relatively low. There has been a massive increase in employment in northern and from public sector jobs growth in the last 4 years. The unemployment black-spots are now in London (Hackney and Bow)  so its any wander that prices in the north have doubled in the last 5 years as unemployment has fallen in such areas to a range of 3-6% from 6-15%.

4)     Interest Rates  the last house price crash occurred in 1990 when interest rates rocketed from 7% to 15% and unemployment almost doubled. Now interest rates are 4.5%. Although affordability for many is stretched, we are far more sensitive to small increases in interest rates though overall interest rates remain relatively low.

Meanwhile, John Prescotts ideas of creating grand housing development corridors along the M11, M4 and A2 are falling predictably into disrepute  this will likely exacerbate the housing shortage as builder struggle to find land to build on, and cram ever increasing amounts of small flat into brownfield sites (note: the average UK citizen wants to live in a modest detached house  but only 15% of properties built are now houses with garages and a garden  dont be surprised if detached house prices continue to increase, particularly those with a garage, off street parking and a reasonable sized garden.

This is all history - though it sets a trend. But what about the future? 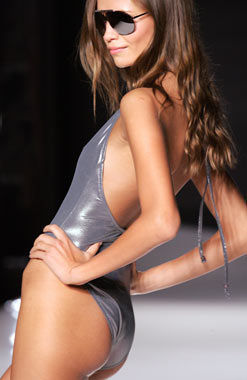 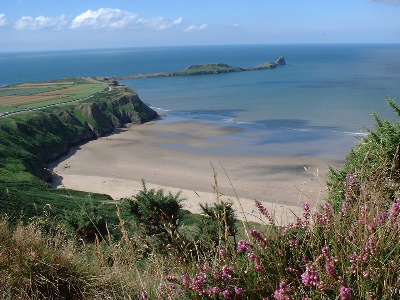 Much depends on inflation  will it get out of hand? There are signs that inflation may be heading from 2.5% towards 3% which is very uncomfortable for the Bank of England. The immigration has helped keep wage inflation relatively low  at about 4% and this looks likely to continue. However, if inflation rises about say 2.8%, interest rates could go up to a least 5% and this would squeeze many home owners and could precipitate a housing price correction. Because of the housing shortage and robust economy, we may escape a crash. Debt levels are high and many people have overextended themselves, but the amount of unsecured loans has recently dropped, credit card loans have also dropped and savings have increased in the last year. Its likely many people who own homes have got the message to go easy on their finances. Equity release has helped many home owners to stay in financially good shape. So its quite possible house prices could keep rising in years to come  research from Oxford Economic Forecasting predicts prices will soar 50% by 2011.

First time buyers and key workers are a scarcity in the market and one would normally say this did not bode well for the general housing market. However, the wealthy middle aged purchasers, the influx of foreign nationals of differing wealth and the aging population buying retirement homes, plus buy-to-let investors have kept the housing market strong. The advent of SIPPs whereby a consortium of ten investors can set up a residential property portfolio REIT will also help support prices, as these become more popular. Meanwhile, equity release by parents will help their offspring get on the housing ladder and parents acting as guarantors will assist high borrowing multiple for first time buyers. The advent of 30 to 50 year interest only mortgages and part equity schemes will also help first time buyers. That said, years ago, if one came out of collage with a £1000 overdraft, you were considered a bad case. Now, students loan debts of some £15,000 before considering other unsecured loans and overdrafts  - they start with a huge burden and many frankly have given up the fight to get on the housing ladder. Many stay with their parents, others rent and some enjoy themselves travelling. This is a real issue in the , and  and one has to be very discipline at saving and earning large amounts or rely on generous relatives to help fund property purchases.

Meanwhile rental demand and prices have picked up in 2006 and buy-to-let mortgages now account for 14% of property transactions in involving mortgages  both signs of a relatively healthy market.

Overall, prices are high and it is conceivable (but unlikely) a crash is just around the corner. For property investors with large attractive portfolios  its a time to be cautious and choosy  and make sure you have plenty of cash in reserve in case things deteriorate quickly (e.g. inflation gets out of control, oil price soar or regional wars breaks out). For those with smaller portfolios or who are just starting out  you need to be even more careful  a good purchase price is key to lowering your risk and choosing the right property in the right area.

Employment: If you can predict where unemployment is likely to drop, this will help reduce your risk. An example is researching where offices and jobs are being relocated (e.g. new BP office in Dyce Aberdeen, London-Docklands jobs expansion). Or entering a market where a few months/years ago, there were massive jobs losses but there are good indications that new jobs will be created (e.g. , Port Talbot,  and Coal Mining areas)

Rental Demand: Choose an area popular with renters  close to amenities, jobs, restaurants/cafes, cultural attractions (or beaches or coast for holiday lets). (e.g. London - Bow, Clapham, Battersea, Bayswater, Shoreditch. Borough, town and city centres). If you buy in , make sure you are no more than 5 minutes walk from a station  most renters seem to hate walking!

Babyboomers: Consider purchasing in coastal (or scenic) areas popular with relatively wealthy retiring babyboomers  those of current age 44 to 61. Areas that are cheap on the coast in south facing locations are definitely worth serious consideration. Tops is probably Cornwall, where there is projected to be a population explosion in the next 10 years  an extra 200,000 people added to the current 550,000 population  lower priced resorts are particularly attractive  e.g. Portreath, Newquay, Perranporth, Porthleven and St Just. Because there is almost no new building in , prices are almost bound to rise. In , Ramsgate and Folkestone will benefit from the Eurostar commuter trains in 2009. In , Ilfracombe is worthy of consideration. In , Pembrokeshire, Gower, are all potential long term hot-spots. In the North East  Skinningrove is attractive. And in the , Blackpool and  wait for it  on the Wirrel. Landudno will also benefit from retiring people from and Liverpool  both cities have experienced a property price explosion in the last 5 years, so some of this money will head towards . Finally, Weymouth and Portland is bound to prosper off the back of being the venue for Olympic sailing - Dorset is generally a good location with Swanage another interesting area.

Finally, PropertyInvesting.net favour investments in London and southern at present because of the rapidly expanding services sector, rising population and shortage of housing. will receive another 800,000 people in the next 9 years which will support capital value growth. The s population is projected to grow by 7 million by 2031 to 71 million  if each home contains 2 people, then 3.5 million new homes are required! This implies a building rate of 280,000 a year every year for 25 years even before the reduction in the number of people per home is accounted for.

There appears to be a two speed economy  SE/London with growth rates of 3.6+%, at 2.1%, Northern England, and and the at around 1.5%. Overall growth is about 2.5%. Gordon Brown has run out of extra funds for more public sector jobs  which account for some 55% of jobs in NE England  and Northern Ireland (but only 25% in London)  hence, we continue to believe the safest and strongest performing areas in the next few years will be London and southern England  you might like to consider it as an area SE of a line between the River Severn and Trent/Humber but also including parts of South Wales close to Cardiff. In summary, areas affected by their proximity to London. will also grow strongly and is a micro-market of its own based around the booming oil/gas sector - benefiting from high oil prices of $74/bbl.