All the doomungers have been predicting a property crash in the for some time. However, if you look at the price of US real estate, it does not seem particularly high compared with Europe and even some parts of . Although some areas have dropped slightly, there are no signs of a crash. The economy is huge  the country has massive natural resources  coal in abundance, land, forests, water, oil and gas and vast 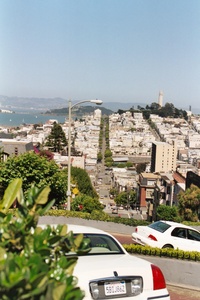 agricultural areas using the latest technology. Jobs growth is strong  particularly in non manufacturing areas. Meanwhile, the country is quick to adopt innovation in most technologies (automobile industry being an exception). The population was 150 million in 1950, is now 300,000 and will rise to 450,000 by 2050. Okay, the balance of payments deficit is not good  but its always been a problem since Ronald Ragans time. Serious crime rates gave dropped by half in most areas in the last 15 years. Interest rates have shot up from about 1% to 5% in three years so its little wander house price growth has stalled.

But GDP growth is still a healthy at 3% and although inflation is rather higher than Bernacker would like, it seems to be fairly well under control. It looks like the may be close to the top of its interest rate cycle  the dollar will likely decline further against the Euro and Yen, particularly if rates drop soon. The is no longer the global growth engine  this mantle has passed to . Its still the most important economy in the world, but and will catch up in the next 20 years. The aging babyboomer will be heading to the sun for retirement  pulling on the pensions which will become particularly disruptive in 2016 (pensioners will be forced to pull on their investments). Its global leadership in finance is being strongly challenged by  7% of business moved from Wall Street to in the last three years after Sabine-Oxley and closer regulation has encouraged hedge funds and private equity to move to s more liberal regulatory environment.

For the international property investor, its now more difficult to see value in property investment in the .  One can envisage prices staying flat or rising slowly, but with the dollar falling against the Euro and . Coastal areas of the western pan-handle still look good value  they also tend to avoid the worst of the hurricanes.

The rapid population growth in , shortage of land and increasing environmental constraints along with all those retiring babyboomers from NE USA will likely lead to higher prices in in the coming years. Increasing tourism will also help cities like Orlando and particularly if there are no big punitive taxes on flying (ref: climate change).