Another turbulent week in the financial markets. Stocks dropped about 10% at one stage. Inflation fears. Debt crunch fears. Sub-prime market fears. All that negative emotion. What does it all mean?

Summer Blues: They always say, go away in May and come back in late September. All those Fund Managers go on holiday. They like to be in control. To prevent their August holidays from being disrupted, theyll be on their phone to their sub-ordinates in the office to tell them to sell, get cash and hold, before they get back  then they'll sort out the crisis thats been caused whilst theyve been away on leave! Its amaising how pear shaped markets go after May each year. And how they boom from October to January - when everyone's back at work.

2002 all over again: For those of you worried about a house price crash, there is a positive scenario that played out in 2002 that could be repeated. After 9/11, interest rates dramatically dropped  to as low as 1% in the , 3% in Europe and 3.75% in the . In addition, many people sold their stocks and shares pulling billions out of the stock market  where did this money go  into property. Safe as houses  as they say. So a wave of money drove house prices higher as interest rates dropped. The economy slowed, but did not stall or go into recession. UK house prices rose about 15% in 2002 and 2003 because of this - they also did in the USA. This could happen again  a contrarians view is that stock markets will drop, much of the $300-500 billion pulled out over the last few weeks will be invested in lower risk property and property prices will rise as interest rates start to drop. The continued housing shortages and in most part constipated planning systems, plus environmental lobbies will force prices still higher. It might be more difficult for lower income people to get mortgages, but quality investors with cash holdings would not have much probably gaining finance for such investment property purchases.

Hyperinflation? An unlikely scenario is inflation gets out of control and interest rates are forces up just as the economy cools  a recession occurs and unemployment rises. Yes  this would lead to significant 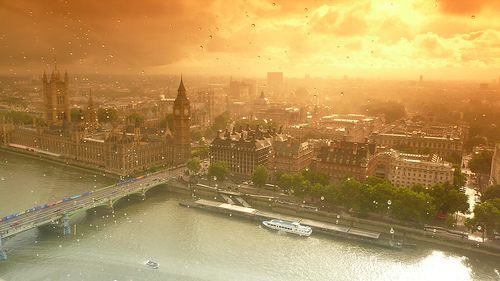 house price decreases and even a chance of a fully fledged house price crash. But in the , CPI inflation is now running at 1.9%, under the target of 2% even though oil prices spiked up to $78/bbl last month. Wage inflation is very subdued, employment is rising and GDP growth is a healthy 2.8% (4% in ). So the chance of UK inflation running out of control is now considered small after the financial market turbulence of mid August. So the house price crash scenario in the seems unlikely. In the its probably more likely in certain areas because of a combination of higher inflation caused in part by a weakening dollar, sub-prime lending problems and the fact that interest rates have gone up five fold in 4 years  from 1% to 5%. Danger areas are the poorer industrial areas  we rate and as highest risk of a crash because of rising unemployment and problems in the auto-industry in part caused by higher oil prices and in part because Japanese imports are better technically  as previously advised, its probably best to avoid manufacturing dominated areas in the developed world  e.g. Detroit, Cleveland, Liverpool, Nottingham, Newcastle.

Key Risks: Overall though, its difficult to see how the whole global economy could go into recession when corporate profits are staggeringly high, GDP in is growing at 12%, at 9% and most and African countries at over 5% - in part from healthy oil, gas and metals prices.

The key risk we see is war and/or oil prices skyrocketing. We believe oil prices will actually sky-rocket from $72/bbl to $125/bbl by end 2008, but this will still not be enough to create a recession  it would probably knock about 1% off overall global GDP. It might stimulate inflation and this could lead to higher interest rates and lower house prices  but without very high oil prices  the current inflation picture still looks benign - fortunately for the property investor. It's taken everyone by surprize that a tripling of oil prices from $25/bbl to $75/bbl did not lead to inflation - so we now form a view that oil prices rising to £125/bbl might still not fuel inflation - particularly as oil is priced in dollars, and the dollar has depreciated. 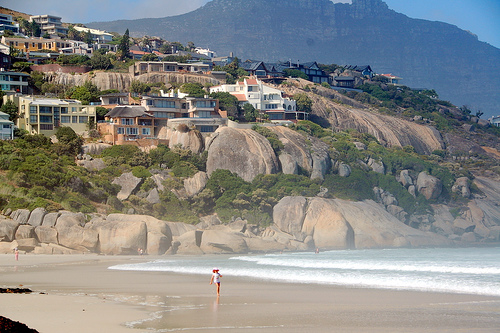 Summary: So the key message is  a bit of financial turmoil may not actually be a bad thing for the property investor. Remember all those ordinary people who got bitten by Unit Trusts, failed Pension Plans, Endowment Schemes and the Dot Com Bubble. Many decided to take control and get into buy-to-let property  many succeeded in making a small fortune. Well, it might just start happening all over again. Stocks and shares are very risky  you have little control  by the time you want to sell  all the experts have already got their money off the table! The ordinary person does not stand a chance against the sophisticated financial investor  who have far more inside knowledge of the markets and businesses. When the average investor looses confidence in the management by other people of their funds, they may then shift into investments that they can control themselves  unfortunately there are not many examples of these. But the best example is probably property. You control the purchase price, renovations, letting and resale timing  and you can form a view on the lettings market and property market to time the purchase, sale and investments in renovations etc. You attempt to get on the inside track by doing property research and finding good sources of advice  mostly for free. You share good practices within the property investment community  friends and investor colleagues  you network. In doing so, you control your investment far more than the average investor in the stock market. So this is why, if investors pull their money out of the stock market  this does not automatically mean property prices drop. On the contrary, the reverse can be true particularly if the banks are still willing to fund property acquisitions  this should still be possible if the investor has a good credit rating and a large portfolio.

Environmental trends  property, oil&gas, metals: Also worth considering is that shortages in commodities and property will occur more than in most other business sectors because of increasing environmental concerns and lobbying. In the 1950s, if someone wanted to build a housing estate or an oil refinery, planning would take 1-2 years before the go ahead. This decade  getting permits to build a housing estate may take 3-5 years, a refinery 5+ years (or it may not be possible) and a nuclear power station 10 years in most countries. The process of consultation, stakeholder engagement, compensation legal and planning is time consuming, expensive and risky - businesses reputations can be ruined in the process. Who would want to propose building a new oil refinery in the USA or UK? This is not restricted to the developed economies either. Developed countries environmental practices are now normally imposed on developing countries by authorities like the World Bank, IMF, Unesco and WWF  so investment in infra-structure, oil/gas, mining, roads, water (hydro, dams) and electricity all take far longer than years ago. There are more conservation areas, National Parks, wildlife 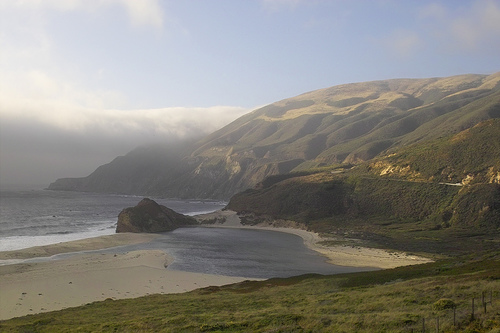 reserves, World Heritage Sites and areas of special scientific interest  plus Greenbelts  not to mention built up and populated areas with their own vested interests. More people living on the land. More land needed for food. More water required. So property prices will generally escalate as environmental pressures increase and land shortages become more profound. The same is true for oil and gas prices and metals prices. This is why PropertyInvesting.net gives guidance that Property and Oil&Gas are the two top businesses to be invested in  possibly along with metals - because the prices will keep rising as shortages become more acute. As global GDP growth motors on  the global population expands dramatically, environmental pressures build - the prices of property and oil&gas should continue to rise in most areas. This is why we believe the lowest risk property investment strategy is to invest in is oil&gas boom towns  we advised this a year ago for Aberdeen - the price of property in the last 12 months has risen 32%.