Unchartered Territory:  We are now entering unchartered territory. As Trillions of dollars are pumped into global economies, we believe governments will be blindsided by the eventual clear reality that it is energy that is constraining economic growth. The end of cheap energy. Money in major oil importing nations with big deficits will devalue. Energy and commodities will become the new money standard. Oil, gas, coal and gold. The world has an engine  of factories, ships, cars, plane, offices, homes  and they all need fuel. This fuel has just started to get more expensive  as shortages occur  prices will become more extreme. As oil prices skyrocket, demand will be affected - this will then drive oil prices back down again. But not before 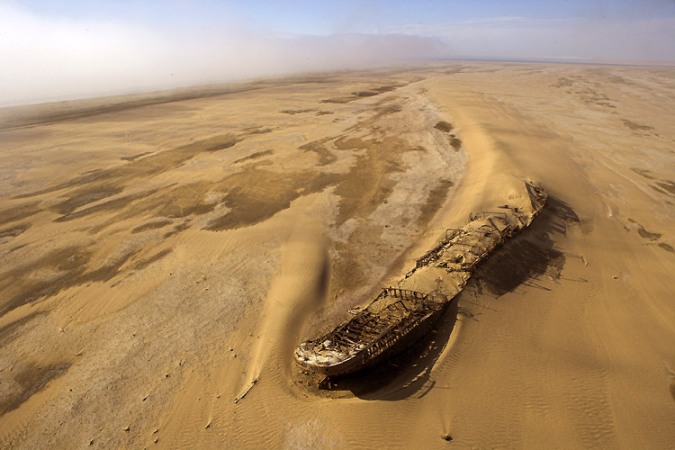 massive economic damage has been caused. Inflation will result, then stagnation. In the oil importing western world, with high taxes, low growth, an aging population, many retired people and large pensions and health care liabilities  deposable incomes will drop. Less people will work. More will be retired and living longer. High energy costs will act like a massive additional tax burden. Everyone will feel it and start spending less. Simple economics.

Oil Caused The Recession(s):  For anyone that doubts the impact of high oil prices on the economies of oil importing western economies, look back to 1973, 1981, 1990 and 2008  all the last four recessions coincided with sky-rocketing oil prices. There followed a period of adjustment for several years after  with lower oil prices (because of demand destruction) before economies started to motor again. There was a fairly slow build-up, recovery, then a long bull run that normally lasted about ten years before the economic sunk into recession consumed by the burden of high prices and inflation  then as demand destruction kicked in, OPEC was never able to prop up the oil price. This time is not much different, but unfortunately we believe the next bull run will be short-lived  possibly two years  thence oil prices will spike again, inflation will kick in then stocks and asset prices will crash again. The fuel that keeps global economies going has become five to ten times more expensive to extract than ten years ago. Back in 1986, it cost between 10 cents and $5/bbl to extract oil. It now costs between $3 and $70/bbl. When oil prices crashed in 1999, they dropped to $9/bbl. When they crashed late last year, they dropped to $37/bbl  four times more.

Oil Price Spike Due in 2010:  We believe oil prices will eventually shoot through $147/bbl again, possibly touching $200 to $300/bbl before crashing back to something like $80/bbl. This could follow 2-3 year cycles. Inflation will become very erratic. China will continue to pull on oil/gas/coal and metal resources. USA will lose its economic dominance. The dollar will decline. The Middle East currencies that freely float will rise. Oil may eventually become detached or denominated in another currency  because its decline in value and its detachment from the Middle East and Far East economies will make it less relevant. The oil exporting nations of UAE, Saudi, Russia, Kuwait, Qatar, Libya, Angola, Algeria, Brunei, Oman, Kazakhstan, Venezuela, Norway, Canada and Azerbijan will become far more politically and economically powerful. China and India, with Brazil and Vietnam will become economic powerhouses. These 3 billion people that live in these countries  thats ten times more than in the USA  will need oil/gas/coal and other resources  food, water and wood  to develop their economies. To expect supply of depleting commodities to drop in the longer term is not realistic when the population of the world is due to rise by a further 40% in the next 50 years. Production efficiency gains and technology will not be able to keep pace with the increase in population.

This time its different:  China has a 7% energy growth rate per year  and a GDP growth rate of 7-11%. China will need more oil, gas, coal and metal resources to fuel its expanding industrial and consumer base. It will happen  make no mistake. Anyone that thinks China will start being dictated to by western governments is in for a shock. They need to house, feed and industrialize 1.3 Billion people  all of those people aspire to have cars, fridges, air conditioned homes, TV and living in energy intensive subsurbs just like the Europeans and Americans. There will be an almighty economic battle for resources of oil, gas, coal, forestry, metals  to fuel this expansion. And Europe and the USA will be competing for the same re 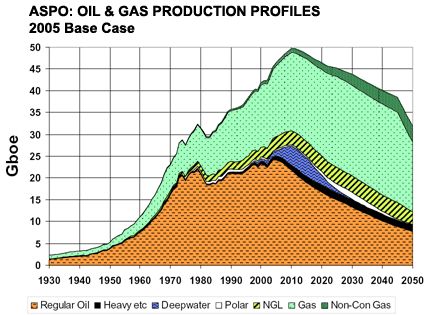 If there is demand destruction in the USA  do not expect this in China, India or Brazil. Therefore  we believe oil, gas, coal prices will skyrocket again.

These are some of the questions PropertyInvesting.net are trying to get our heads around! And we haven't got all the answers...

Food Will Get Expensive:  As food gets more expensive and land shortages for agriculture start to become evident, land prices will rise for fertile and well watered agricultural land across the world. The smart property investors has started entering this market  despite the economic meltdown of late 2008 and early 2009, land prices have hardly budged downward  even though house prices in most 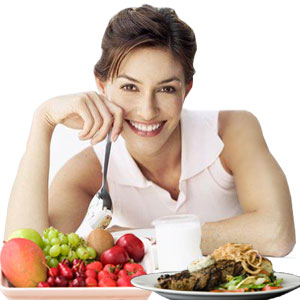 western countries have dropped 10%-25%. This is telling. As oil prices rise, shipping costs will skyrocket meaning more agriculture will be local  using less energy intensive means. Yes, we will still use tractors, but we wont be importing tomatoes and flowers from Israel or lamb chops from New Zealand any more. Beef in particular is incredibly energy intensive. To prepare a 1 kg steak, you need 3 barrels of crude oil. The reason is beef cattle need huge expanses of land over years to build the beef. China is starting to eat more beef. Beef will become a luxury food in years to come as oil prices skyrocket. The environmental movement will want to put CO2 emissions taxes on beef. It's rather depressing because most people like beef! They also like airline travel. And buying beef from New Zealand and Argentina - transported by refridgerated plane and ship. All very energy intensive.

A Plan to Prevent Economic Carnage: These initiative should be enough to prevent economic damage on a massive scale. What we need to understand is that if the world goes into a long term economic depression  this will lead to mass starvation in undeveloped countries. Many people will die. Power will run out for hospitals. Riots will start. Energy wars will break out. Terrorism from disenfranchises and unemployed people could become more common. We are being very serious in our analysis. If oil production halves, how can economic GDP grow? The only way it can is if the oil production is replaced by other fuels or energy conservation is increased (and wastage reduced).

Hydrocarbon Society To Change:  Generation after generation has reaped the benefits of growth based on a hydrocarbon based society  but the easy oil is running out. Oil will get more expensive. So will coal. So will gas. Solar and wind will become relatively less expensive. Technology and regulation will need to drive 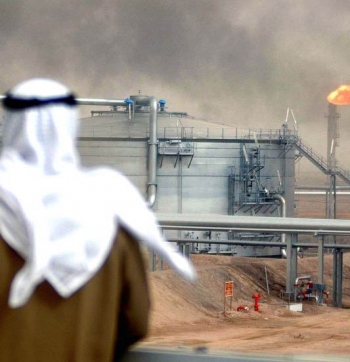 change to prevent energy shortages on a massive scale as populations rise and consumer societies expand in developing countries. Oil shortages could start as early as mid 2010 when OPEC fail to respond to increasing oil demand - because we believe the underlying global oil decline rate is ca. 5% per annum.

There are 30 oil producing countries and 20 oil exporting countries. But there are only 5 countries whose oil production is actually increasing  Iraq, Angola, Canada, Kazakhstan and Azerbeijan. All other countries production is now in decline or on a bump plateau. Brazils new discoveries are at least 5 years away  and have massive technological challenges. Despite these discoveries, Brazil will never be a net exporter of oil  it needs all this oil itself! It currently imports oil. Brazil as an exporter is a myth. Meanwhile Mexico will start importing oil after 2012 - this would have been unbelievable a few years ago before their oil production started to collapse. Venezuela's production has also collapses after the oil industry was nationalised and striking oil workers were sacked. The Middle East is also using far more oil than in years gone by because the population is increasing at a massive rate of 5% per annum, while car usage is exploding. Meanwhile electricity, car and power usage is skyrocketting as a consumer society develops - air conditioning, cars, big houses, offices, manufacturing energy consumption - it's no surprise. The situation is not unsustainable to put it mildly.

So how can a property investor at least hedge if not benefit financially against these forces:

Norway comes top. Canada close behind. Russia is also up there. The USA is neutral. The UK is also neutral - probably positive for London as oil money flows into the city - albeit oil and gas production rates are declining at 6% per annum. The UK has world class wind and tidal resources - whether any action will be taken to develop these is uncertain - not much is happening as yet.

Global Warming:  Many of the country mentioned immediately above are also susceptible to global warming  extreme dry heat in summer months and droughts. One day, people will look back on the excesses of piping water from northern Spain to Golf Clubs in the Costa Del Sol region with a mixture of distain and amusement. And there wont be budget airlines anymore. If airline fuel was taxed like car fuel  this industry would never have grown in the first place. It appears to us unsustainable and short term  something that is likely to die like Ocean going liners did in the 1960s when airline travel boomed. The next boom will be electric rail transport  because its very energy efficient at transporting large numbers of people in comfort and safety at high speed. And it doesnt need oil to fuel it!  (coal-to-electric or wind-to-electric is good enough).

For all those UK property investors, look no further than London St Pancras, Stratford, Ebbsfleet, Ashford and Folkestone for the best electric rail service in the country  that will be serving these communities for the next 100 years. With Paris a little over 2 hours away and Brussels 2 ½ hours. In France, the TGV from Paris, Montpellier, Lyon. Marseille, Nantes, Lille is world class. In fact, France with its nuclear power and electric rail service, land, climate, technology and knowledge and fuel efficient cars is as well placed a non oil producing nation as you can get! 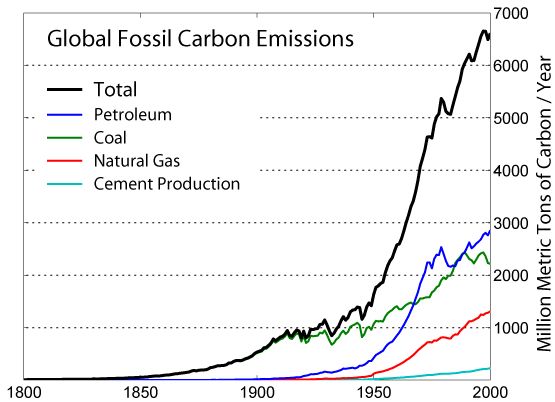