Libya:  In our view, it was very rash of France, UK, USA and Qatar to blaze into Libya claim

ing it is a humanitarian mission to help rebels.  The aims, exit strategy and overall strategy looked in tatters even before they entered. It really looks like another oil war. It has a very high chance of back-firing and leading to increased fatalities all around. We dont think the west understands the psych of nations like Libya with their tribal and sectarian routes. 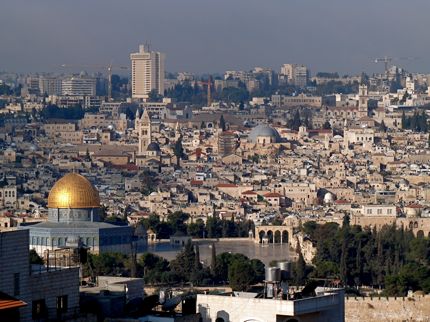 scalated. It was all quiet to everyones surprise  but then the rockets started raining in from Gaza and a bomb went off in Jerusalem  the first in six years. No doubt in our minds that Israel will now mount severe reprisals  dont be surprised at all if you see three days of intense bombing in the next few days. Then the whole lot could escalate dramatically. There are so many factions and vested interest groups with different cultures, values and ideals all vying for power  its difficult to see things ever settling down peacefully. The bottom line is  the Arabs do not believe the Israelis have any right to live in Israel. And the Israelis believe they are the chosen ones and it is their religious centre. No amount of talking over a 50 year period has overcome such deep seated resentments.

Syria: Meanwhile in Syria, eight people were shot dead by the police in a southern city after being held up in a mosque with bombs and guns. Its starting to spread to Syria now. Iran an 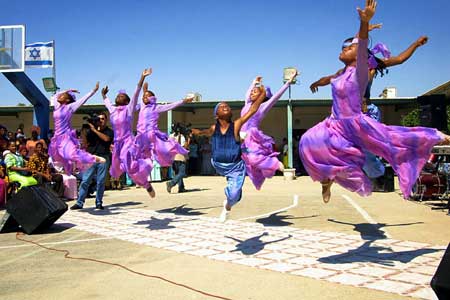 d Syria support each other and are big influences in Lebanon  also against the Israelis  its too complex to begin to describe and again, many different factions along with the Christians in the Lebanon.

Yemen: The situation in Yemen continues to worsen. Different factions in all corners of the country  being held together by an unpopular autocrat. If he goes, its likely to lead to civil war from many disaffected groups  the South Yemeni movement, the North Yemeni tribes then the lawless eastern areas where insurgent camps and local chiefdoms rule small areas  and most men carry guns and knives as a matter of cultural pride and identify. The failed state of Somalia is just over the water and its obviously a deep concern that Yemen could head in a similar direction if their leader is toppled.

Black Swan: We can go on with lists of unstable situations, but you get the message. The Tunisian Black Swan is catching all around the region. Its neighbour Libya is now at war.   There doesnt seem a high chance that it will all miraculous calm down. Hence we see oil prices rising further a 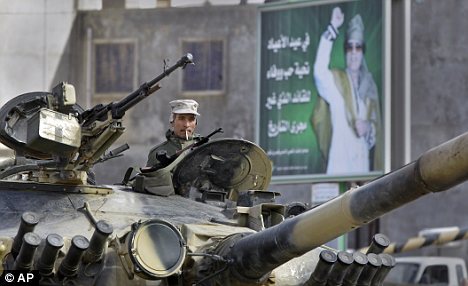 Market Remain Calm  But For How Long? The markets have been remarkable calm about all the troubles across North Africa and the Middle East  normally markets tend to be late to see a real crisis. Its almost as if everyone holds together like a herd, before a few break free and the whole lot crashes.  We think eventually it will become very obvious that the wars across the region will not only not reside but they will get worse. Its likely to make the Lebanon of the 1970s-1990s look like a small isolated basket case. We think the most likely outcome is democracies breaking out in say 65% of these countries  but 35% regressing into civil wars and/or failed states. It's also possible some of these states could be the major oil producers  and from a risk stand-point  this is likely to take a few million bbls/day extra off the oil markets. This would then send oil prices over $150/bbl by year end and cause the next recession in the western world.

Energy Wars: Most people will deny this  but in a way  these are probably the first of series of energy and/or oil wars. The roots lie in increasing populations in desert countries with escalating food prices, not enough employment and not enough fair distribution of any oil wealth that may be created. 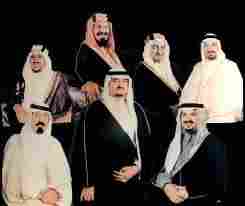 ation is 65 million with oil production of 11 million bbls/day and oil consumption of 3 million bbls/day. Slightly more oil, but four times the population  hence only 25% of the oil revenue per person compared to 1982. The gigantic young population has been an accident waiting to happen for the last forty years  everyone in the Middle East is aware of this issue  and many social and public sector jobs have been created  but its an escalating problem and when you have 30% youth unemployment  there is plenty of time for the young people to become disaffected, then start organising themselves and rioting for more freedom and jobs. The problem is  living in a desert there really arent many good job opportunities outside the oil business. The underlying issue is the population explosion and large families  leading to unsustainable living. The young will always move to large cities like Cairo  they are not going to be living in the desert with no air conditioning in 45 deg C heat and no water. To put it bluntly  these nations and the world has let billions of people settle in hot deserts with no opportunities to work the land and keep off the dole. Lack of industry, manufacturing, agriculture, mining and financial service sector jobs has led to high unemployment and resentment. Not hard to realise why there are so many unhappy people living in desert cities.

Women: An interesting consideration is that, in general, the more women have rights, the better the economy, along with education, technology and security. It's not really surprising - if you take half the population off the jobs market not able to be productive in the work place, you'll get reduced economic performance. Less competition for jobs. Less diversity. Some jobs women are far better at than men and vice versus. If women are raised to think their role in life is to produce babies - then they will focus on this. But this puts pressure on resources, creates massive youth unemployment and does nothing for a diverse work culture. Call it culture, religion, faith or whatever - if you suppress women's rights, don't expect your economy to out-perform. If you are an investor, then look at countries like Denmark, Sweden and Norway - all countries with outstanding women's rights - and you will see stable, secure growing economies with moderately growing but stable populations. And education and health standards are excellent. 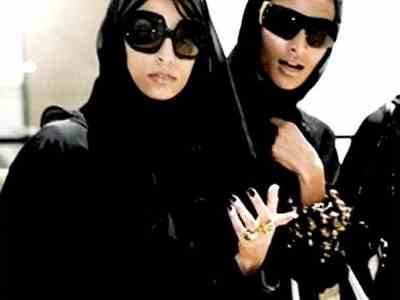 As oil production expanded and revenues increased in the 1980s, so did building, energy consumption, populations and water consumption. Desert cities grew from the dry sands. However, in the longer term, when oil production starts to decline and consumption rises along with the population, exports drop drastically along with revenues. Then these desert cities become completely unsustainable - there is no energy to cool them, fuel them or pay for food imports. Basically, too many people are living in the wrong place. Yes, desert nations and the world has created a huge long term problem - festering away - of which we are probably seeing the very early signs of these tensions. By 2035, the Middle East might be using all the oil it produces, not exporting any with double the population. Only countries with very small populations and large exports would continue to prosper - about the only examples are Qatar and Kuwait. Iraq would likely improve it its security continues to improve - but most other countries would become oil import nations by then. Huge desert cities have been created - in the wrong place - fuelled by oil that is running short.

Recession to Hit Western Europe: The first countries to fall into recession will be: 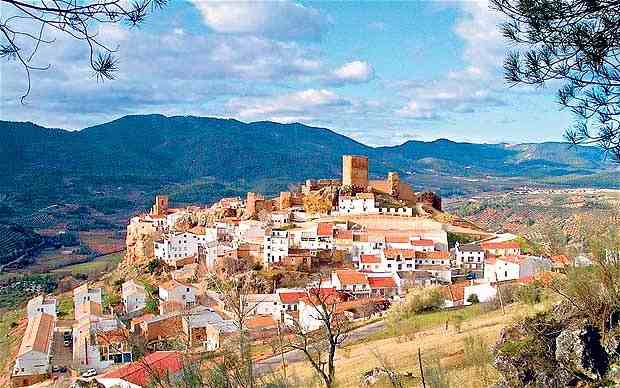 ulation growth with no particular global acumen in the financial or services sectors.

Safe Havens: As wars break out across North Africa and the Middle East, it won't be any surprise where the money will end up. The money will be rapidly pumped into solid safe prime real estate in mainly Western European nations. The UK ranks very high because:

Other targets for these funds will be Geneva, Luxemburg, Oslo and possibly Italy.

London: In London, the top locations that have always been favourites for Arab money are Kensington, Knightsbridge, Chelsea, Bayswater, Wimbledon and Richmond. Prices have already started shifting higher as the flight of capital out of the Middle East and North Africa hits new heights. This may also be joined by Israeli money later this year - with North London (Finsbury and surrounding areas) popular. Upper end property will move higher, with some mid range properties being positively affected (Clapham, Battersea). Lower range property will probably not move significantly because of these capital inflows (New Cross, Peckham). The more stable Sterling and government economic policy will also probably help attract these investment funds.

We hope you have found this report helpful. We wish we could be more optimistic - but the outlook frankly is looking rather bleak behind the facade of normality communicated by politicians, the media and the markets. Behind the scenes, we are now very close to a recession with fiat money bubble likely to pop shortly. If you have any comments, please contact us on enquiries@propertyinvesting.net 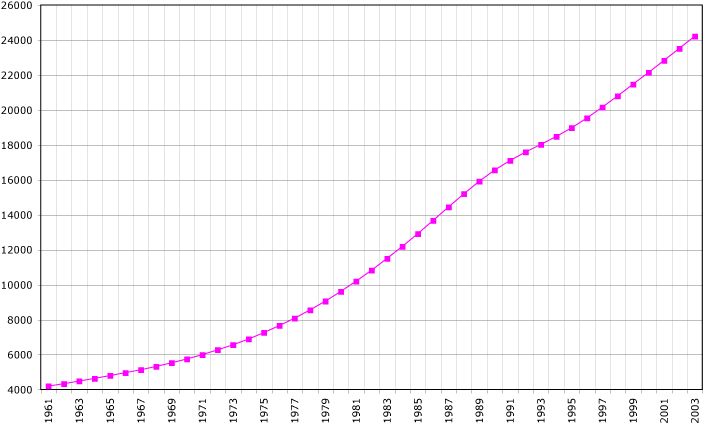 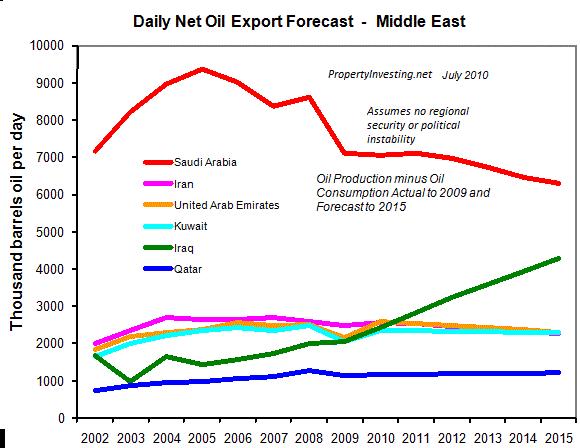