Phony Recovery: The phony recovery goes in the USA. The unemployment numbers from 3 October showed the only net jobs that were created were part-time low paid jobs. This smells of desperation rather than anything else. Many people will have given in trying to get a job  and swollen the food stamps bill  26 million people are now claiming food stamps. Meanwhile open ended QE3  endless printing f money to the tune of an extra $40 Billion a year swells the Feds balance sheet creating waves of dollars. They give this money to the mortgage companies and banks by buying mortgage back securities in an attempt to prop up the real estate market.

Cheap Money Speculation:  The money is lent at 0.25% to the banks  who then use most of it to speculate on commodities and stocks  then drip feed a small amount to businesses and an even smaller amount to private individuals at rates between 5% and 15%. They are creaming it either way  making big bonuses but meanwhile suffering big losses on bad loans and bad speculative bets. The whole financial model appears inefficient, subsidizing poor performance and giving bail-outs for any failures. Small business are going bust, private individuals get hit by high inflation and high unemployment and savers are destroyed by getting negative 3-5% interest rates.

Final Flurry: The current final six weeks of stimulus before the US Election will give the last big push to get President Obama re-elected and keep Ben Bernacke in his current role  it will work and then the US will hit a fiscal cliff of rising taxes, lowering government spending and higher inflation as the wave of dollars hits the streets. We are now close to a dollar collapse  when the US finally clearly drops in a recession by Jan 2013. This will be the start of a long crash down  through March-June 2013.

Crisis On The Horizon:  All the fundamentals look very bleak at this time. This phantom boom is an illusion. Productivity is dropping. Taxes are rising. The government is far too large, inefficient and is getting in the way of business and investment. Too many socialist subsidies on everything from healthcare, ethanol, education and farming are dragging the US economy down as the private sector struggles to grow, tax take rises and the investment climate deteriorates.

Big Government:  Too many people are now reliant on the government  for their jobs, their bail-outs or their subsidies. The government GDP is now about 50% of the overall economy  a level that is totally unsustainable. The deficit is about 10% of GDP. Direct debt is $16.5 Trillion and 40 cents of every dollar spent by the government is borrowed. If interest rates were to rise to 6%, the government would need 100% of its tax revenues to just pay for the interest on the debt.

Addicted to Dollars:  Every time there has been a bail-out, then the US has become more addicted to dollars. Like a drug addict need the next fix. The Keynesian economic model being adopted is focussed on massive dollar printing and gigantic consumer stimulus. Instead of demand side investmen 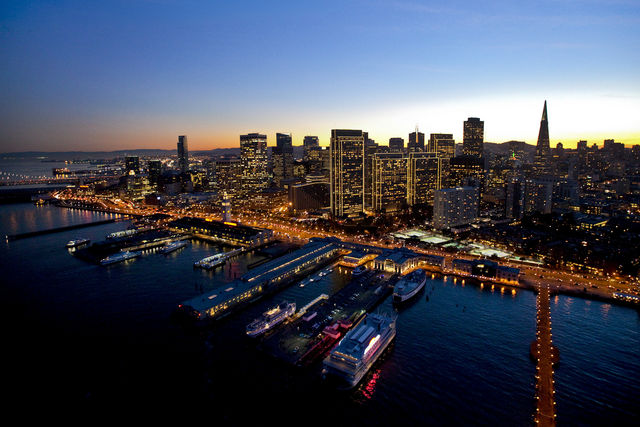 t, sound money, increasing private sector and reduction in government-public sector to re-balance the economy. The US economy is now seriously distorted and this next crisis will look worse than the last depression in the 1930s. It really will be a bust and severe recession  to depression. Inflation will skyrocket when the dollar crashes.  This always happens when a currency crashes  because import costs go up leading directly to higher prices. This phenomena can be seen today in Iran and Greece. It only takes loss of confidence in the dollar because of a recession to cause this crash, high inflation and potential default  or printing the currency into oblivion to avoid outright default. The current trajectory of increasing debt, increasing balance sheet, increasing deficits and liabilities is totally unsustainable and beyond any doubt, it cannot be reversed now  it is simple too late. It is an accident waiting to happen  its just a question of when not if.

Gold and Silver:  The good news is if you hold physical gold and silver  you will protect your wealth from inflation. You will also expose yourself to the next big bubble when people panic and jump into gold as inflation runs out of control.

Real Inflation:  Governments all around the world are misleading their citizens by claiming lower inflation than there actually is. They play games like:

·         Take food and fuel prices out of inflation certain indicators

·         Adjust prices for technological developments  so if the power of a computer or car goes up 10% and prices goes up 10%, they will claim the price stayed the same due to technological innovation

The real inflation is approximately double what is quoted in the UK and USA. This means there is a recession in the UK of about -2% per annum at present and no growth in the USA, adjusted for the real inflation numbers. The inflation figures are prepared by civil servants  their masters are the politicians  they need to get re-elected  so the numbers are always suppressed down to give an illusion of growth instead of recession  to keep markets and the electorate happy.

Decline In Living Standards:  Simply put, the average citizen is getting worse off by the year. In the USA in the mid 1960s, one wage earner would have a large suburban house, a wife at home and four kids and live a comfortable life with education paid and a nice pension. Now, two people work there socks off with two kids  to keep pace with mortgage payments on a smaller house looking forward to retiring ten years later with little pension, and kids having student debt of $60,000 each.

Rich Get Richer:  The super-rich are still getting richer though  they have the resources, skills, advice and acumen to shift their money from one government created bubble to the other  all the time making sure they are the last ones to loose and the first ones out of a crashing market. This will not change. Most governments go to great lengths to lower tax rates for the super-rich to entice them into their jurisdiction since they are so mobile. The correctly realise the trickle-down effect is enormous.  Because of this, its easy for the super-rich to get far richer using cheap government money, subsidies and the inside track. Many live in three different locations therefore never spending more than ~120s in each country and therefore avoid all tax.

Peak Oil Plateau:  World oil production is now on a bumpy plateau  helping control global growth. The end of cheap oil leads to higher costs, inflation and slower growth. In 1999, oil extraction costs were $3/bbl and oil cost $10/bbl. 13 years later, oil extraction costs are $50-70/bbl and oil price is $110/bbl. Then we have people saying there is no inflation. Its little wander western oil importing nations are in decline as oil prices have risen  stifling growth. This is a little talked about topic. Just to flag the western developed counties with no significant oil or gas production are  Greece, Italy, Spain, Ireland and France  all these countries have high unemployment are massive debts. This is no coincidence. The only exceptions are Sweden, Denmark, Austria, Germany and Finland  all these countries have strong manufacturing and well run governments with well organised agriculture and workforces.

Commodities Bull Run Super-Cycle:  We are about 70% of the way through a commodities super-cycle bull run that started in 2000 and about 70% of the way through a stock market super-cycle bear market that start in 2000. This final 2-5 year period will be when inflation hits hard after the huge money printing binge  socialist policies and big government will lead to economic crises and increase deficits. Oil prices will rise further, then gold and silver will go ballistic as war breaks out. Then there will be some form of re-set.

The Big Re-Set:  A new currency or benchmark  possible back to a limited or partial gold standard.  It was fascinating on 11 October the IMF chief Christine Lagarde came out and said she thought the austerity measures was going too far and it was time for Plan B. Sounds like a 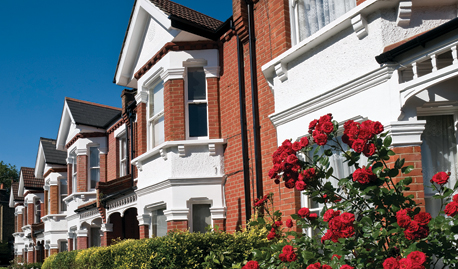 French socialist agenda again  lets go soft and easy on everyone and hope the problem goes away. Euro owes $13 Trillion. The USA owes $16.2 Trillion  with total $75 Trillion liabilities. This electronic money and derivatives is almost meaningless now  this means inflation has hit because pricing is no longer possible. Silly money is being asked for everything.  £5 for a Starbucks coffee in the UK. Euro 80 for a taxi from one side of Dublin to the other.  A bus fare in the Midlands at £5 when it was 50p only 15 years ago. A litre bottle of water cost £2, more than petrol. Inflation is everywhere and 2013 will see it going out of control. When inflation hits 5%, it will really be 10% and politicians will keep rates at 0.5% targeting unemployment and continue to print money to debase the currency and destroy savers. You know this will happen. We know this will happen. Thats why we buy gold, silver  and hedge in oil (oil stocks) and property. Frankly at this time, its difficult to see anything else worth investing in  apart from land, wood, farming and art.

Government Bond Markets:   Make sure you dont own government bonds-debt  since inflation will destroy the currency. At least stock markets should continue to broadly follow inflation albeit at a lower pace with the odd bear market mini-crash. Real physical assets will be what everyone jumps into shortly as people bail out of currency because as it dawns on everyone it is becoming worthless. Western governments all around the world will be giving haircuts if they cannot inflate the debt away quick enough. It could be half the value will be destroyed through inflation and half through a hair-cut, or total re-set.

Get Out of Currency  Bonds:  A good example is  25 years ago it cost £1 million to build 1 mile of motorway in the UK. There is a small link road being built between Torbay and Newton Abbot in Devon  about 8 miles long  cost £120 million. Thats  £15 per mile  a 15 fold increase and its only a dual carriageway. In the next fifteen  years expect prices to rise about tenfold.  Farmland, gold, silver and oil show retain their value  most other things will have their value eroded. If you own currency earning 1% per annum in the bank  with inflation at 7% a year, in 10 years your cash will be worth half the amount in real terms.

Property Investors: At least as rental yields rise, inflation rises, cheap money stays around for lower mortgages in this interim period  then overall yields should rise. And also you will have a physical real asset that cannot be seized as long as you make your interest payments. The risk is a big increase in mortgage rates once a run on the currency starts, but if this happens, the government will be bankrupt  so they are likely just to print more money and create more inflation. This will destroy the debt. Just dont take out any more mortgages  and you should be okay with a reasonable cash reserve in case the mortgage rates skyrocket for a year or two.

Outcome:  We are in for an extremely interesting time in 2013 and  through to 2014. Beyond any doubt in our minds there will be a big crisis  and it might end up in war, because this is normally the final outcome of economic difficulties  as government try to deflect blame.  As this unfolds its extremely difficult to see how the dollar will not drop, gold skyrocket and western governments get into even more trouble with debts  leading to higher inflation, social turmoil and regrettably and ultimately more wars.