This Special Report describes some of the socio-economic trends in the UK and how these will manifest themselves in the direction of property prices.

Migration: The levels of net migration into the UK are remaining very high according to new figures. In the last year there has been a net addition of 210,000 people to the UK  mainly because less people are leaving whilst the numbers of people moving to the UK stays at similar levels to the previous year. The governments target of a net 100,000 additions each year is already shot  they cannot control the amount of people leaving the UK and therefore announced a target a few years ago that they have little or no control over.

Building Levels: Meanwhile building levels remain miserably low  at about 120,000 new homes a year. The country needs about 250,000 new homes to keep pace with demand, so the supply-demand situation stays at housing crisis type levels. Predictably for areas where the most new employment is taking place, like London and southern England, both rental prices and house prices continue to rise quite sharply. More of the same.

Inflation: As confidence has improved in the short to medium term outlook for the UK economy, especially compared to countries like the USA and mainland Europe (and the Middle East), Sterling has strengthened. This has kept a lid on CPI and RPI inflation since the UK is so dependent on imports and the prices of imports. The strong Sterling of course makes import prices lower and reduces inflation.  So much so that inflation is now running at 1.9% - below the Bank of Englands target for the first time in about 4 years.

Trends Point To Improvement: We seem to be in a goldilocks scenario  at least for southern England - of:

·         Increasing value of Sterling against other key currencies

Prices Soar: Its little wonder property prices are soaring  and we can expect this to continue through 2014. The big threat is the Labour party winning the next election and taxes increasing, particularly for the more wealthy 60% of the population  along with Sterling dropping and inflation and interest rates rising. This could precipitate a significant house price correction. For landlords, more regulations and increases in tenants rights would also kick-in in 2015. The tax burden on London no-doms would increase and many would probably leave London  this could trigger a sharp downturn in West London property prices. We would currently give it a 60% chance Labour will either win a straight majority or win enough votes to form a Coalition government with the Lib-Dems  something property investors need to consider when risking their portfolios and making investment decisions.

Infra-structure Developments: Some property investment decisions can rest on big new infra-structure projects - when and where these will be built. Our advice is to be very sceptical about whether any of these projects will ever be built in the UK. A combination of poor funding and Nimbyism will put a stop to most of them  as capacity remains constrained.  The only big new project that will definitely be built is Crossrail 1  its physically started of course  in fact the Canary Wharf station retail area opened end Feb 2014. We give our chance of projects being built below  by 2030 - to guide your investment decisions:

Projects: Because there are so few projects and they are so uncertain, the only project a property investor should take seriously is Crossrail 1. Hence purchasing property in Action, Ealing, Paddington or Stratford might be a good strategy for when the rail line finally opens in 2017. In the Midlands and North of England, Wales and Scotland  there are no new large infra-structure developments to speak of. The population in these areas will stay fairly benign and stable  rising only slightly. The bulk of the population increases will be in London, SE, southern and SW England, East Anglia and the southern parts of the Midlands. Areas with the best access to London.

Scotland: For investors interested in property in Scotland, the uncertainty around the referendum will likely suppress property prices through to May 2015  they are unlikely to rise sharply - particularly if it looks like the country could split from the UK. It really would be into the unknown with regard to the currency, financing, EU membership and other commercial-budgetary areas.   However, we do not expect Scottish property prices to drop sharply leading up to the referendum after the result is known, its anyone guess what would happen though.

New Build Supply: After the financial crisis in 2008, the levels of home building dropped even further than the previous ten year  to a hundred year low by 2010  because of the house price declines and difficulty raising money to build. This has helped cause a massive imbalance between supply and demand  particularly in southern regions. The strict planning regulation, lack of available building la 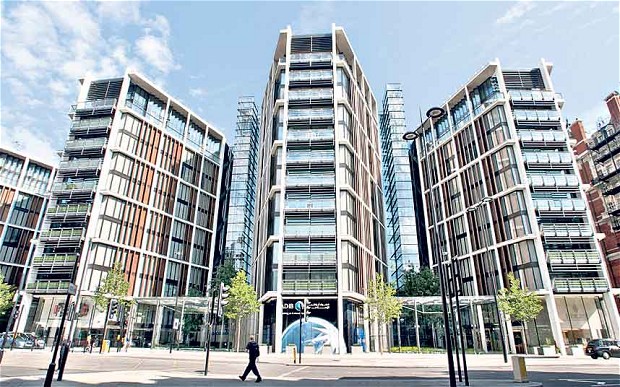 nd, constraints on development and lack of infra-structure for new building (sewage, water, roads, concerns on flood plain, schools) plus the archetypical British Nimbyism has put a stop to all building of low cost housing. Almost all properties now being built are higher cost flats and the odd house. Meanwhile five years-worth of new demand for home ownership is finally finding mortgage availability has improved and they are trying to get onto the so call housing ladder. Also before prices rise too far and out of their reach. Meanwhile Buy-To-Let investors are purchasing properties with record low interest rates being offered. This has all boosted demand and kept a lid on supply. Property prices have therefore started rising sharply. How long this will continue is difficult to ascertain. But for property investors that purchase property in London - consider this. If interest rates were to rise sharply, this would destroy the economies in Wales, Scotland, the Midlands and North  and house prices would drop sharply. The Bank of England has to consider all parts of the UK when they set interest rates. Hence with ultra-low rates in London and a booming economy with overseas investors  its little surprize property prices are skyrocketing. But if you go to mid Wales, you wont see much sign of the area pulling out of a steep 5 year depression that has occurred since the financial crisis of 2008. Hence we see a continued two speed economy  areas close to London, and other areas. With interest rates set in the middle - this will create sharp house price increases in London and keep house prices in the rest of the UK from falling  with some moderate increases as a ripple effect fans out from London.

Low Building Levels:  Just to put the UKs level of home building into perspective, Canada has half the population but builds twice as many properties as the UK with a lower population growth. An interesting observation is how the size of properties in the UK continues to reduce in size, and more people cram into each property, whilst the size of cars continues to increase in size. In London, seeing the size of SUVs parked outside small 1 bedroom flats puts things into perspective. May be one day cars will be bigger than flats! Its almost as if people are making up for high property prices and small homes with big cars  that they can load lots of stuff in.  Just for example, if you look at the Fiat 500, a so called mini car its actually giant  about 2-3 times bigger than the Fiat 500 that was built in 1975. Obviously people can afford to drive big cars, but not afford to buy big homes.

Sterling Strength:  Whilst Sterling increase also increases the prices of London property for wealthy overseas purchasers, these same people will see it as a good opportunity to invest in a country with a rising currency  that also has rising property prices. So the attraction for overseas purchasers should remain the same for a while. As other countries fall into turmoil  the latest being Ukraine and Venezuela, possibly Thailand (to add to Tunisia, Syrian, Egypt, Libya, Yemen, Iraq, Iran)  the UK is likely to see super-rich people from these countries moving to London as a safe haven.

Ripple Effect:  Because areas such as Knightsbridge, Kensington, Chelsea and Mayfair have become incredibly expensive, areas like Fulham, Battersea, Highbury, Kennington, Clapham, Putney will see prices moving up sharply  with the areas like Ealing, Lewisham, Lambeth, Tower Hamlet and Newham starting to shift into a higher gears as the ripple effect starts to spread in earnest and people are priced out of even the average areas.  There are so many overseas people arriving in London each week  expect to see continued very strong rental demand for the lower prices rentals and a booming mid-lower end of the market in 2014. Many migrants settle in London initially renting, then save and end up buying  and we believe this effect is boosting demand for purchased properties now at the lower end of the market.

Interesting Areas: In summary, anywhere that can be purchased close to the city centre with good communication  links in a quiet street for less than £180,000  preferably brick built, not high rise and a private flat  has got to be a winner. Possibly the only remaining area is now New Cross, possibly north Hackney and areas like Plaistow-Canning Town. It wont be long before all properties within 3 miles of London will cost over £200,000. Some real hotspots are Nine Elms (US Embassy development), Paddington-Bayswater (Crossrail, West End), Ealing (Crossrail), South Hackney-Shoreditch-Whitechapel (Tech City/City). Its difficult to see anyone going wrong by buying a one bedroom Victoria flat in a quiet street in such an area  preferably with separate kitchen, bathroom, living room, bedroom, entrance and hallway  with either a small yard-garden or balcony.

In summary, we rather expect to see more of the same in 2014. London property prices roaring ahead, and other areas starting to move higher as employment levels rise, the population boom continues and housing supply stays incredibly low compared to demand.

We hope this Special Report helps give you some interesting insights into the UK property market and your investment decisions. If you have any questions or comments, please contact us on enquiries@propertyinvesting.net