47: Outlook for UK market in the next 6 months

The economy appears to be showing some early signs of increased momentum that should protect the downside against the country heading towards overall GDP recession. Whilst GDP growth is likely to drop to an annualise approx 1.6%, the good news is oil prices have dropped from the heady level of $70/barrel to a more acceptable level of $57/barrel. This will likely lead to a drop in inflation from say 2.7% towards the target of 2% within the next six months. The lower energy prices will probably lead to a slightly strengthening UK economy and my best guess is - it will mean interest rates stay at 4.5% for the foreseeable future  possibly dropping 0.25% sometime within the next six months as inflation drops back towards 2% and GDP is below the neutral level of 2.5%.

This bodes quite well for house prices, particularly in the areas of the where economic growth and jobs growth is strongest. Public sector jobs growth will dry up in the next year as Gordon Brown is forced to reign in his spending - this is likely to lead to higher unemployment in the north of and many parts of . Most manufacturing jobs are centred in areas outside southern and  because manufacturing will continue to stay in the doldrums and suffer from high oil and gas prices  particularly during the winter months - this will also add to employment pressures in the north.

Meanwhile, continued services sector and banking growth in and the south-east will likely lead to a far stronger economic growth rate in the south compared to the north. Because interest rates are set for the as a whole, we might find that GDP growth is say 4% in and only 1% in the north, but average GDP growth is 2% - below neutral levels. This could mean rates dropping further stimulating growth in to protect northern and overall growth levels.

This, combined with the fact that many southern areas, particularly , have not experienced any significant house price rises in the last two years, leads me to believe and the south will outperform the and North for capital price increases in the next two years. The key aspects of this support will likely be:

Because of this, I predict  house price growth of 4-7% in , SE England, SW England and the SW fringes of and SE fringes of the in 2006. Meanwhile, I current predict house price increase of 0 to 2% in the and North of England. and are more difficult to predict  they still have some catch-up in prices left, but are susceptible to de-population, manufacturing and the drying up of public sector jobs. will likely see prices continue to rise off the back of improving security and confidence.

I would not expect a house price collapse in the North though - rather a levelling out after the doubling of prices in the last 3 years.

A further supporting factor for property prices, particularly in the south is:

This could lead to a wall of cash for both private and residential property purchases, the bulk of which is likely to be invested/spent in the south of England, close to where the bulk of people receiving bonuses and higher income live. Central London areas such as Bayswater, Soho and Limehouse will likely benefit from these wealthy investors, as will re-generating areas such as Stratford, Peckham, Hackney, Silvertown and Bow - known investment areas. Established family areas such as Wandsworth, Battersea, Clapham, Fulham and Hampstead will likely also do well from this wall of cash. It will not be a boom - rather a strong underlying performance. 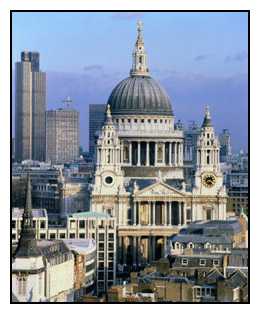