This Newsletter aims to discuss trends that will affect property investment in the next five years  that all property investors need to be aware of  to protect their investment from the onslaught of regulations.

1   Draconian Tax, Regulations, Legal  Culture of Blaming Landlords:  Landlords will increasingly be blamed by all political parties  particularly Labour  for the housing crisis. Following on from the draconian tax increases of the last few years (tax on losses after mortgage interest payments made)  further fiscal tightening is likely: 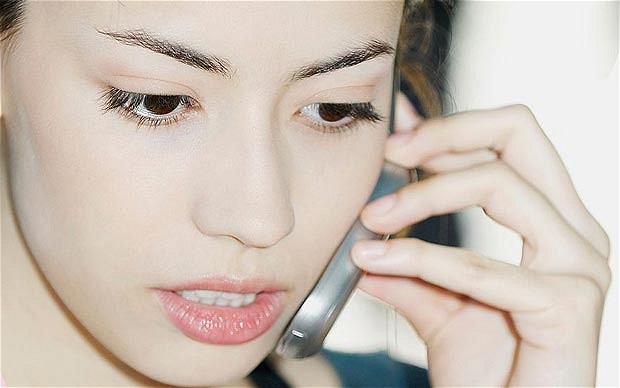 The sum total of all the above is that Landlords will be drive from the market both large and small  it will be increasingly difficult to make a profit  and hence the housing crisis will worsen considerably as the market tightens with lack of investment and new rental supply.Landlords will be far more picky about which tenants they allow into their properties  and hence the outcome is likely to be more homelessness  the unintended but frankly predictable consequence of too onerous and draconian regulations, legal and fiscal frameworks. 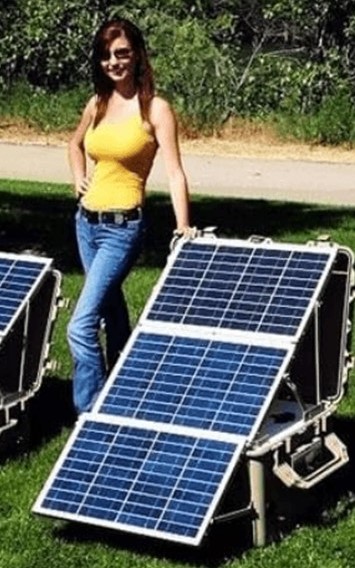 2  Environmental: Young people are increasingly concerned about climate change and tend to blame the older generation for the systematic problems. Politicians and councils are increasingly picking up on this  and driving through environmental taxes and regulations that are punitive towards Landlords  this started with Energy Performance Certificates, requirements to improve insulation and heating efficiency. Again, the onus will increasingly be put on landlords to improve their properties  assuming that there are making a profit  when most are making a loss  and this will also eat into profits and have the requirement to drive rents to higher levels or get out of the market. The bottom line is  politicians have realise that its a vote winner  particularly Labour  they want to capture the younger voters  and this will add cost to Landlords in years to come. They might also be blamed for climate change in due course.

3 Population: As the population of southern England explodes upwards as more jobs in the lighter higher tech industries are created, then housing will become in even shorter supply. The will also be a net migration from rural areas to city areas and from north and Scotland to south. The only caveat is that some rural areas in south-west England and southern coastal areas will see their populations increase dramatically as rich people retire from north-Midlands and London and migrate to the southern coastal area where it is warmer and sunnier (than the north). The nimbies throughout Britain will try and put a stop to all building and building land will be in short supply  hence in southern England the housing crisis will be most acute and house prices will continue to rise. The below summary says it all - its worth studying. 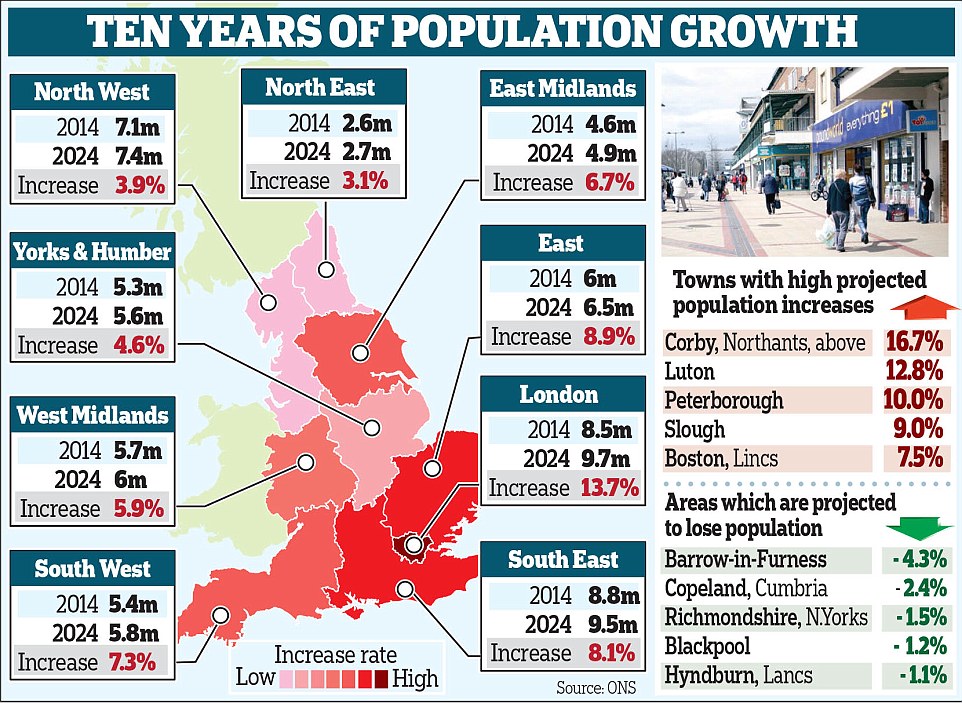 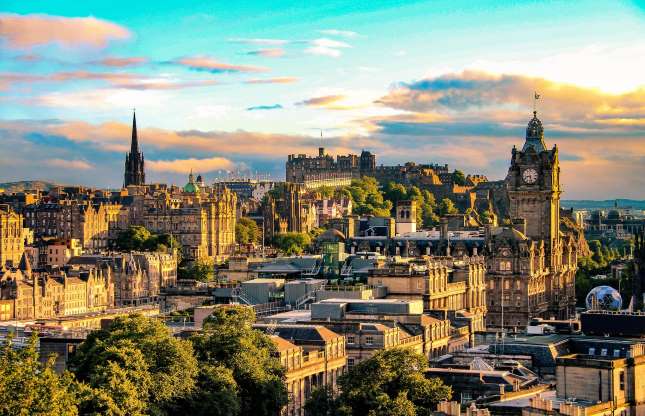 ad to a lower GDP and jobs growth outlook. Hence Scottish house prices are likely to rise at around half the rate in the long term as those in southern England. This is also true of most of northern England  albeit Manchester probably has the brightest economic future out of the northern cities, being Englands second city (at least commercially). For property investors, any southern property in a large town or city that can be bought fairly cheaply and has many rental units  say six  could still be lucrative, but the high costs of property purchase and conversion costs means most investors will struggle to make a good return moving forwards  and rents will have to rise to reflect the shortage of supply.  For anyone wandering where the population increase is coming from  its multi-facetted: 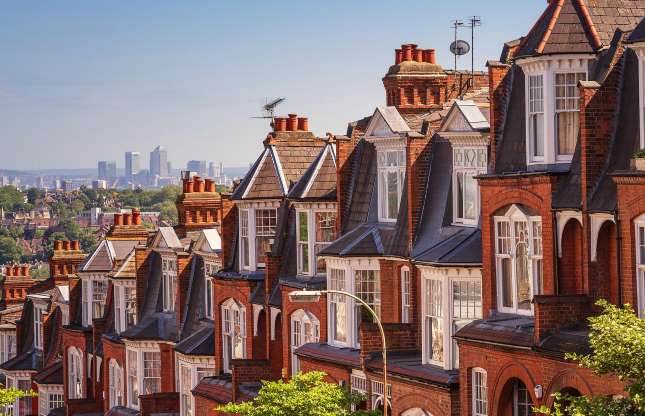 pact on the population increase  its almost set in stone this trend. We have to remember the UK is one of the richest countries in the world  65 million people live here and 7 billion people live on earth. We ate only 1% of the worlds population  so when the developing countries rich people decide to re-locate West London because of its excellent schools and universities and language and open culture  one can start to understand why inward migration will continue at high levels regardless of Brexit or what the politician say. Its worth also considering India  a big friend of the UK  and their are 1.5 billion Indian  many want to live in the UK. This will not change over the next 50 years. The UK will increasingly become a multi-cultural society.

High Effort Henceforth: For the property investor  the days of low effort and high returns are well and truly over. We have to be very efficient and effective at managing tenants, protecting ourselves legally and catering for the onslaught of draconian fiscal, legal and environmental legislations-regulation from councils, government and law courts. Its not an attractive business to get into for the new investor any more. For the more establish investors  if you still love it  continue for as long as possible, but many will be starting to sell their portfolio and the lack of new rental properties is likely to start biting even harder very shortly.

Best Areas: The best areas to invest in our opinion in a 25 year time frame a 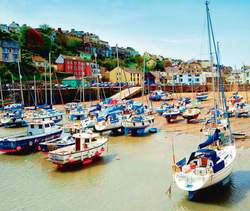 In summary  aim for the areas with highest population increase and highest growth in higher earning jobs  and for holiday lets - where wealthy people from all over the UK will migrate to retire or go on holidays. 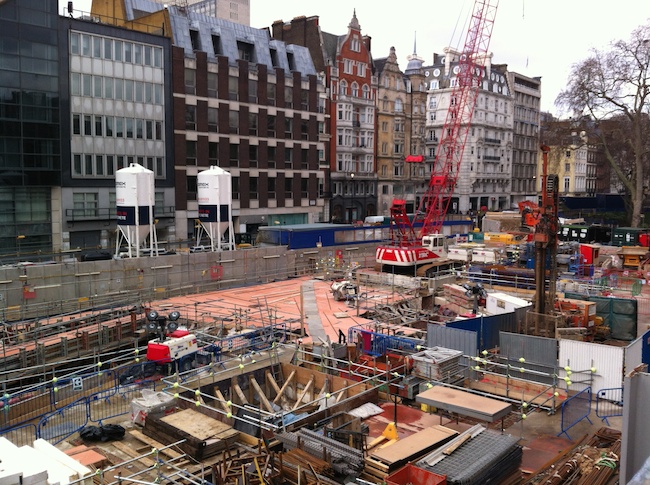 Prime Real Estate: For people looking for prime real estate  then the safest bet most be in a quiet street close to the new Bond Street Crossrail station  that will become a new hub with superb communications in all directions  in Mayfair and close to Oxford Street. The centre of the world for international jet setters! If you can research the areas further north and east  you might come across some properties that are significantly cheaper in prices than Mayfair of course with higher yields if you rent these out.

Why Property Has Been Attractive: And just to balance things a bit  wed like to remind you why property as an investment class is normally very good compared to other asset classes:

We hope this Newsletter has been helpful in shaping your property investment decisions. If you have any queries, please contact us on enquries@propertyinvesting,net