651 - Oil consumption, CO2 emmisons and the increase in SUVs/trucks/vans - trends

Its worth highlighting some interesting facts - during these times in the last 12 months where there has been a massive increase in climate change news and Extinction Rebellion protests in the UK.

Man Made CO2 Increase: We wrote an article on global a warming and global dimming (cooling) some years ago. One thing that is undeniable is that the levels of CO2 in the atmosphere are increasing  and this has been caused by man-made actions, primarily: 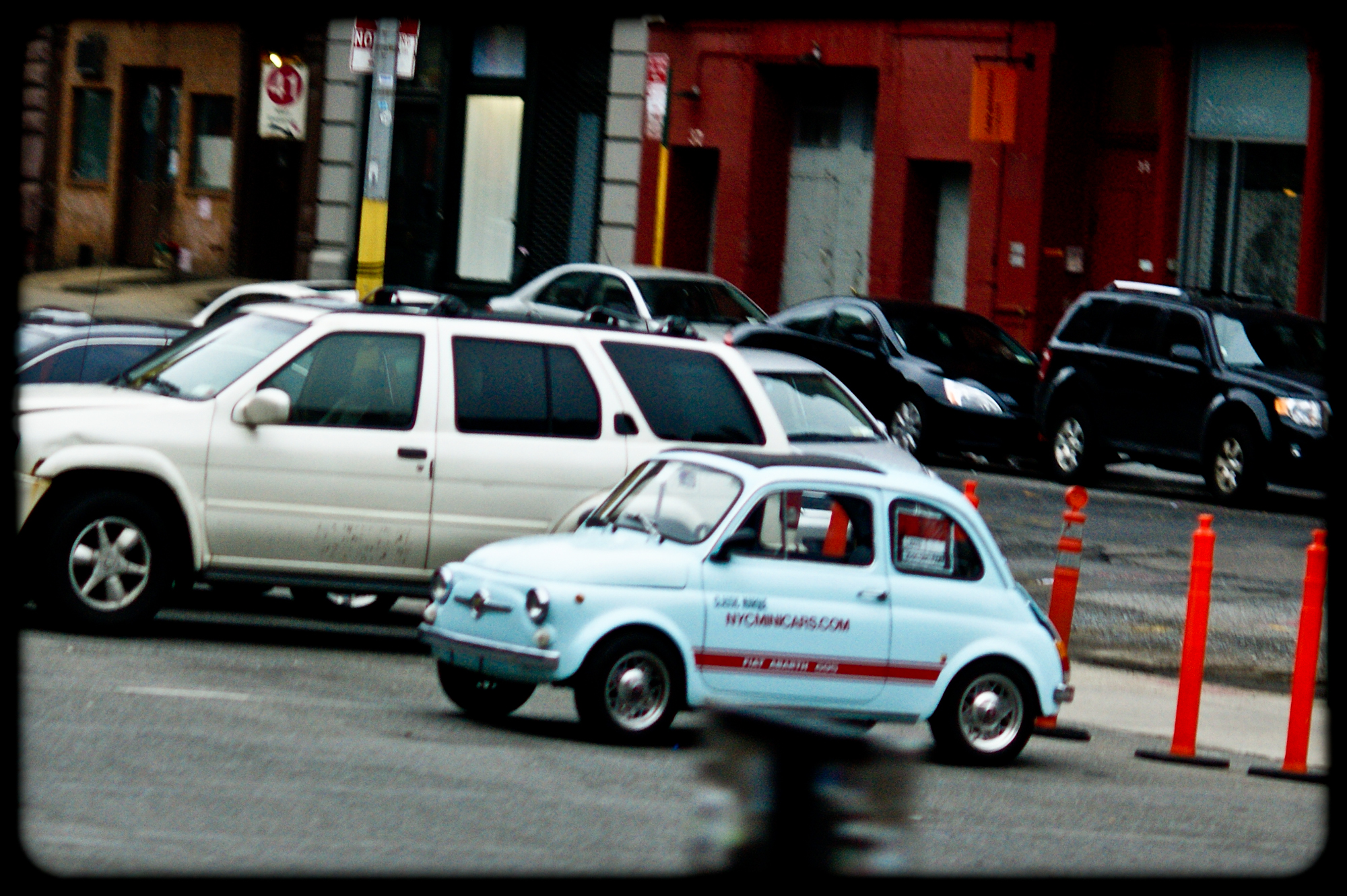  The burning of fossil fuels
 The destruction of the rainforests (trees absorb CO2 and give out oxygen)  around half the size compared to 50 years ago
 Increasing methane emissions from peat bogs that are thawing (Siberia) and cattle (digestion)
 The precise impact the increase in CO2 has on the warming of the earth should in our view be the big debate. Its not clear there is a linear impact, or a large impact. Its not be proven.
One thing that is scientifically proven though, is that the more trees you grow in the equatorial regions or any region outside the arctic areas, on the whole the:
 More CO2 is locked in the ground  this can cool the planet
 The more oxygen is emitted  this can cool the planet
 The more rain-moisture is generated in the forested areas that cools the environment
 If you cut down rainforest than have grassland, the region will definitely warm up in all areas apart from the Arctic region. Putting cattle on the grass will increase methane from digestion.

Gigantic Population Increase: The challenge (or problem) the earth has is the population and then massively increasing population  around 50 years ago the worlds population was 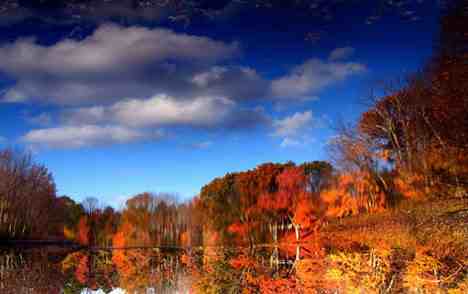 around 3.5 billion. Its now 7 billion and heading towards 9 billion people worldwide. People in the UK complain that people in Africa and South America are cutting down forests and planting agriculture. This is exactly what the UK did in the past few hundred years. The UK used to be almost completely forested. We cut the forests down to feed ourselves all those years ago. Now we want to stop people in Brazil and Africa doing this.

Baked In Increases: In the UK we always perceive we have a big impact on the global environment, but in reality we have:
 Less than 1% of the population
 Less than 0.3% of the land area
 Less than 0.7% of the oil consumption
 Very little power or influence to solve the worlds problems

What To Do: Granted, one has to start somewhere  and someone has got to show leadership. But counter to this is that each individual person of these 7 billion people has a life, has only limited time on this planet and its unrealistic to think you are responsible for the problems of 7 billion people, particularly if you are not in government and have very little overall power. You can do your bit locally and individually, but wed like to make a very important point which is to: 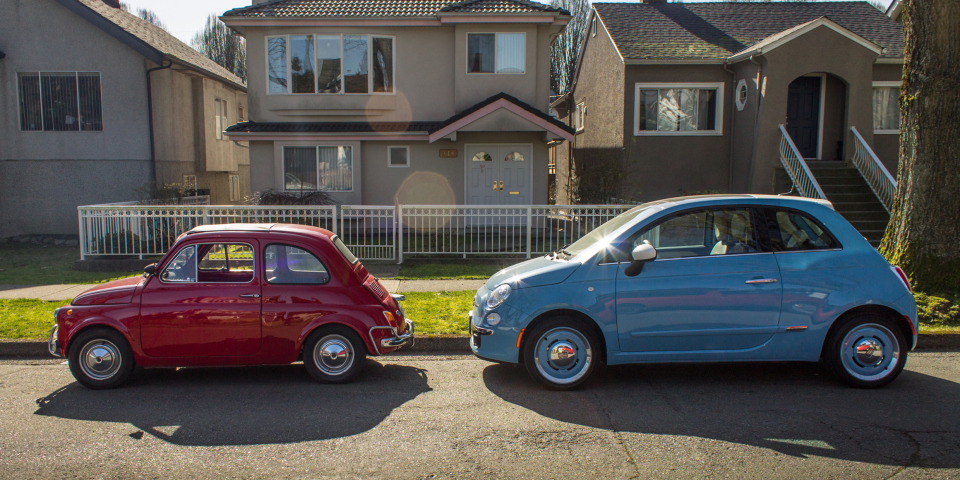 e get you depressed, make you fall out with friends and family  and shorten your life  after all, there are 7 billion people causing it  not just yourself

Gigantic Increase in SUVs (Sports Utility Vehicles): Wed now like to tell you a few forecasts based on pretty reliable and trends. You probably wont like to see these trends, but they are the reality unfortunately.

Even small cars are getting very large these days - as an example, look at the photo above of a 1970s Fiat 500 versus a standard Fiat 500 today.

Global oil production-consumption is running at around 100 million bbls/day  a colossal amount. This has been increasing steadily through the years at around 1% a year. By 2030 oil consumption should be around 110 million bbls/day increasing further at a slightly slower pace to 2040 when it will hit around 115 million bbls/day. What we are saying and predicting is that oil consumption will continue to rise through to 2040 despite the increasing use of electric cars  the electrification of the car fleet. Part of the reason comes back to the increasing global popularity of SUVs/trucks/vans  because these huge cars are difficult at present to electrify because:
 They are heavy
 They need large heavy batteries
 They need huge electric charge to power large electric motors
 There range is less than small cars
 There cost is high already and electrifying makes the SUV costs even higher 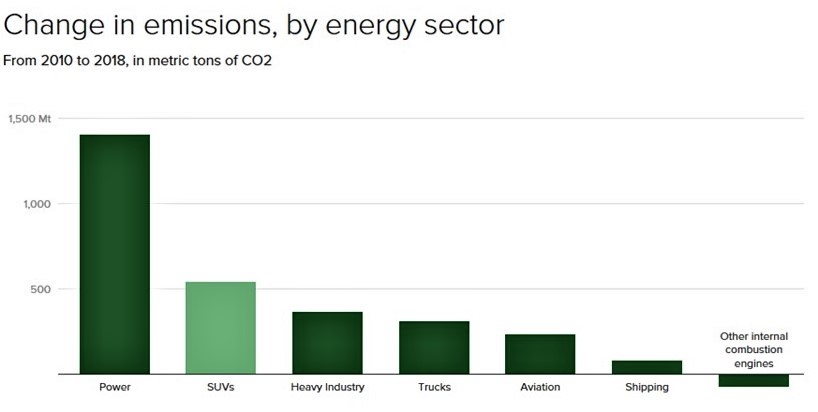 Over time, battery technology and charge speeds and efficiency are likely to improve  meaning large SUVs/trucks/vans can become more easily and economically electrified, but it will take decades for the SUV fleet to be fully electrified if ever.

In addition, vehicle manufacturers are marketing and selling SUVs in part because profits/returns are higher  and they push the aspiration/lifestyle/trendy aspects of them. They are a 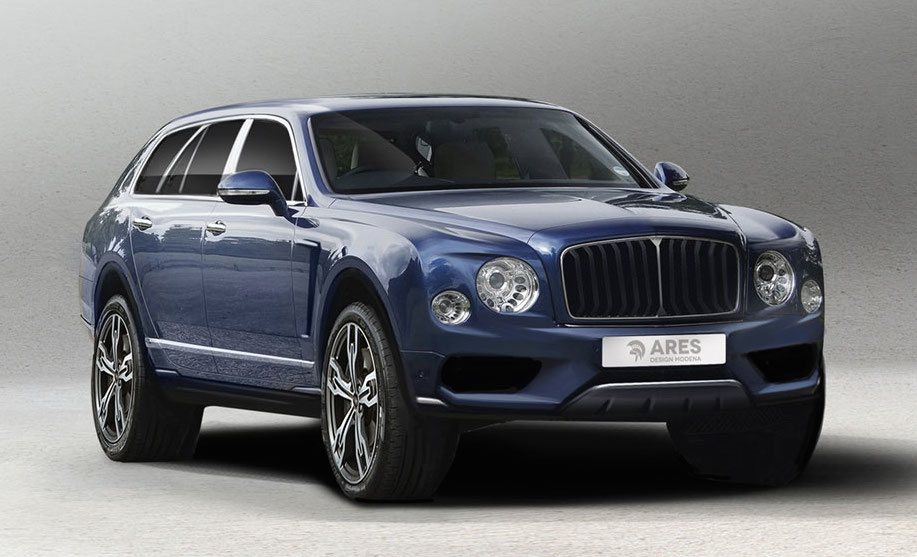 So what we are saying very clearly is that the worlds addiction to large SUVs/trucks/vans does not marry well with lowering oil consumption and lowering CO2 emissions. But importantly  and in any case  electric SUVs will need huge batteries and electric charge  this will need to come from somewhere and its most likely to be gas fired electric power plants. In the utopian dream  this could be from solar and wind, but all this new infra-structure needs huge quantities of oil to produce the wind turbines, power grids, mine lithium and produce batteries and large SUVs.

Lets now analyse why people are buying SUVs/trucks. Its multiple reasons  one or more of the following you might recognise:

 Prestige  status of driving a large vehicle  trendy
 The feeling of power driving a large vehicle king of the road
 SUVs/trucks/vans are safer on the road then small cars
 As homes become smaller, and storage more difficult  people use SUVs/trucks/vans for leisure-storage  it allows them to be less disciplined with luggage management
 Trucks and to a lesser extent SUV/vans  are attractive for men  especially for hauling wood-materials with utility for land owner or people with smallholdings
 Its handy to pick up lots of kids  and go on holiday with the minimum of hassle loading luggage
 Overweight, elderly, obese or partially abled people find it easier getting in and out of large cars  where the seat height is raised slightly

Specifically on safety - large SUVs/trucks are far safer in a car crash because they weight so much  smaller vehicles bounce off them  this is simply a physical law  force = mass times acceleration  if your mass is less, you decelerate faster  this is what damages the body and kills people. For instance  in a head-on collision - if you have a 2 ton truck and it hits a one ton car  you will decelerate by half the amount  and the damage done to y 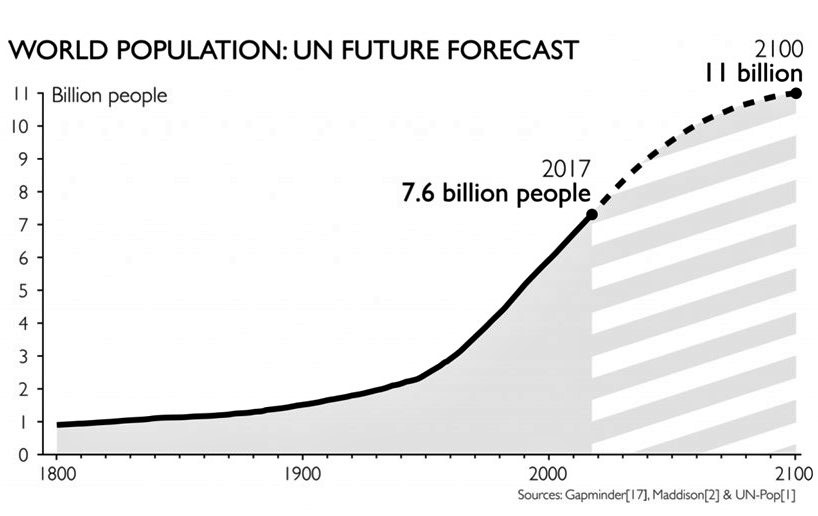 our body will likely be ten times less. If you are very socially aware and generous you will drive a small car to give other people and pedestrians a chance. If you only care wholeheartedly about your own family safety  you are likely select a large SUV over a small car.

One of the key drivers must be  the average family  mothers and fathers  will be thinking  I want to keep my little kids safe and buying an SUV ticks all the boxes. No expense spared to protect the young ones. And its a race to the top because as SUVs get bigger and heavier, then these same families will want to buy a bigger ones next time to keep up both appearances and safety protection. Call it selfish or the human survival instinct  or the correct realisation that car accidents kill more young people than anything else  you cant blame fam 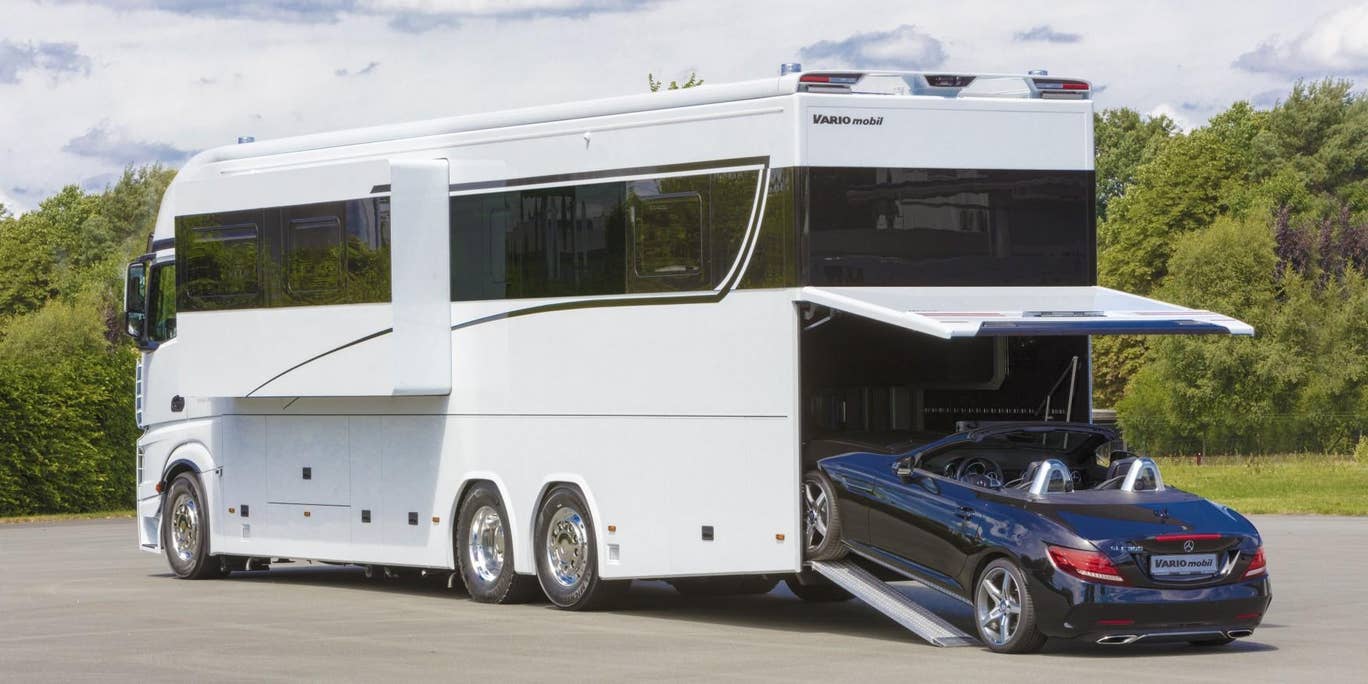 ilies for wanting to stay safe and spend a bit of money on this. The downside is that small cars and pedestrians stand far less of a chance against such big vehicles. Very small cars become very exposed as more and larger SUVs take to the roads.

When you consider all the above, its no wander SUVs/trucks/vans are become ever more popular. The conventional medium sized car-saloon is becoming untrendy, old fashioned, and going out of style. In additional, small sports cars are becoming less popular  wealthy people probably see the safety dangers and chose a Porsche or Bentley SUV instead.  We think this trend will continue.

In summary, we see a world where:
 Cars  in the form of SUVs/trucks/vans - get mor 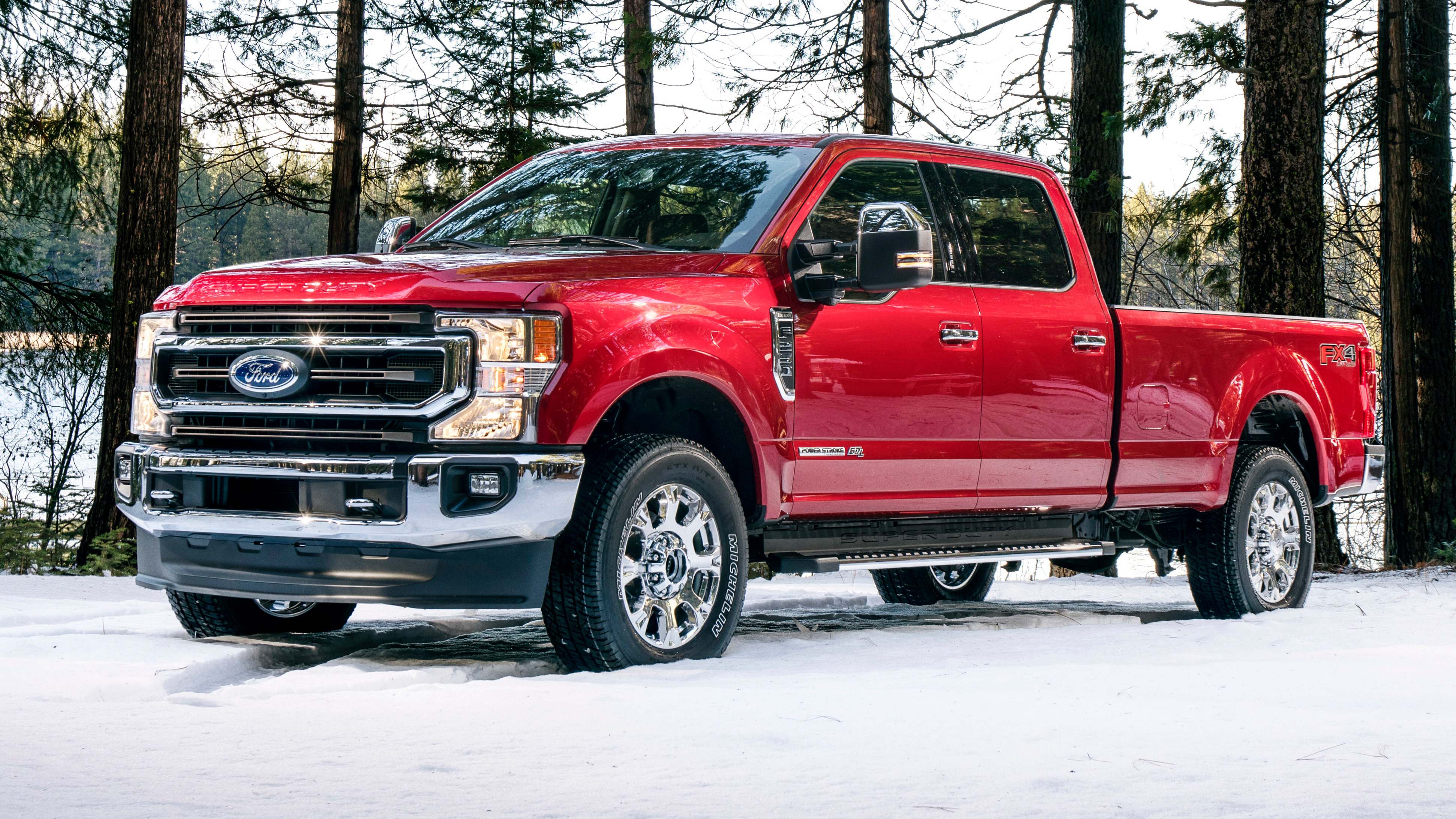 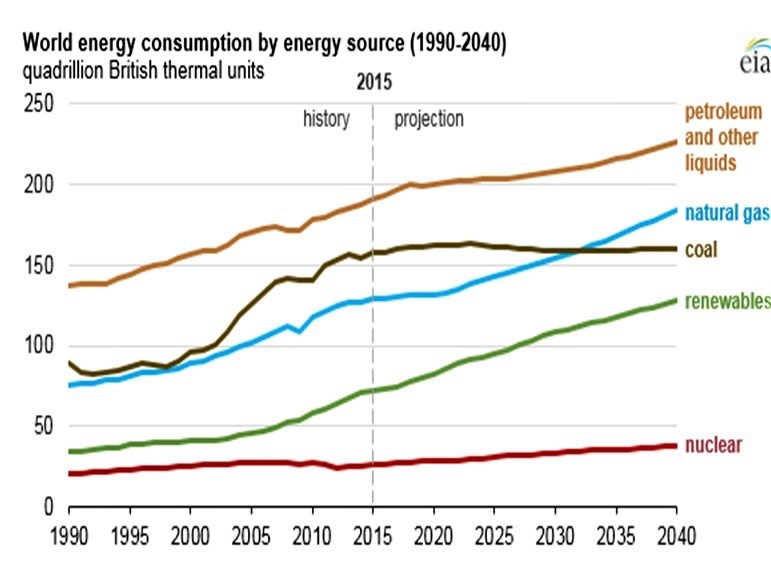 As more of the worlds population in the developing world  which is around 4.5 billion people - shifts from the poorer into the middle classes. Lets not be in denial, these people want cars  they want SUVs and it does not matter how much the UK shouts with 1% of the population, the other 99% - or at least 65% - the developing world  want to move from walking and cycling to motor bikes, cars then SUVs rapidly.

Lets also just reflect on the UK  the shear number of cars these days compared with 10-20 years ago is marked. Everyone can see this with the difficulty parking these days. In addition, in the 1970s a large car was a Ford Cortina 1.6 litre with 70 break horsepower. Look at this car these days  its tiny  that same Cortina man is driving a van or SUV with a 2.5 litre 150 horsepower engine. Its well over double the size.

Whilst tax on large vehicle remain

s small  people will naturally want to drive large SUV/trucks  for storage because homes are so small and expensive. They can park their storage van for free in many areas as well. Cars inflation adjusted are also incredibly cheap compared with years ago. For instance, in London in 1973 a 1.3 litre Volkswagen Beetle cost £1000. A semi-detached house cost £25,000. Now a 1.3 litre Fiesta would cost £12,000 (twelve times more, larger and more powerful) and the house £750,000 (30 times more).

Hence the point is  cars have become relatively cheap compared to building homes  and people will therefore choose to buy a bit of luxury with a large SUV/truck/van  also using for storage and holidays  to offset small homes they may be living in.

We hope this Special Report has put some perspective into which energy consumption will continue to rise sharply  regrettably its more or less baked into the world  and only through massive changes in all countries in tax and behaviours will we ever see a drop in CO2 emissions. We are just being honest. Even if Europe with its 0.3 billion relatively wealthy people did massive things  it wont have a significant impact on the world  because there are 6.7 billion people that need to change with it 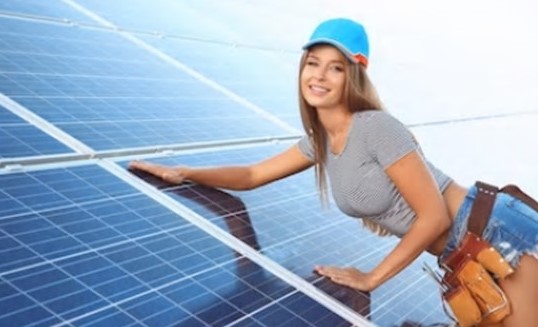 . Like 1.5 billion in India, 1.2 billion in China and 0.35 billion gas guzzlers in the USA to name just three countries totalling 3 billion people that dont have climate changes high on their agenda. Furthermore people want jobs, development, hospital, travel-holidays, new homes, cars, schools and they all require huge amounts of energy  electricity  and the bulk of this will come from hydrocarbons because you cant replace power stations overnight. The increase in renewable energy if we are lucky will just about supply or keep pace with the increase in population growth with massive expenditure.

Back to earth and your local environment  yes, try and do all you can  but dont let is ruin your life with guilt every time get into your car and drive somewhere. Your just one of 2 billion other drivers in this world.

We hope this Special Report has helped you put oil consumption and energy usage from SUVs/trucks into perspective and help you understand the current trends. If you have any queries, please contact us on enquiries@propertyinvesting.net